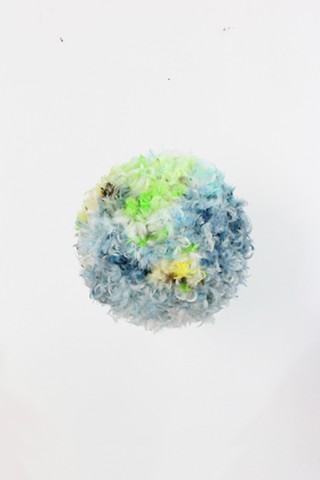 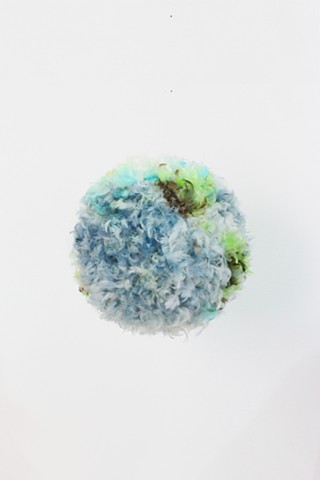 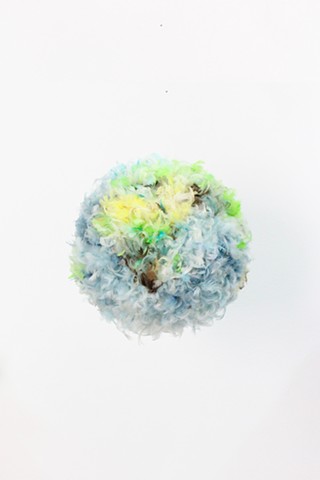 A globe made of feathers floats in the air, like a bird that has experienced a metamorphosis, or the world whose surface has a thick plumage.

The title references a tale by Leonardo da Vinci: in the tale, Lumerpa is a mythical rare bird, found in Asia Minor. The bird has a white plumage that emits light, so bright that absorbs the shadow of the animal itself, and remains bright even after the bird's death. Nevertheless, if a single feather is taken away, the light will die.